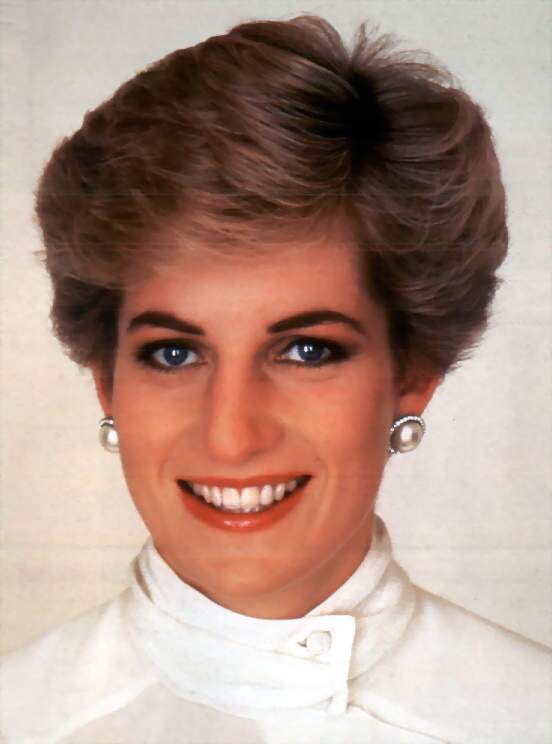 With the resurgence of interest in the various 1980’s whimsically designed sweaters and other clothing of Princess Diana, we are excited to announce that we will soon be offering limited quantities of some of the more popular items such as the Red Sheep Black Sheep Sweater and its variations (a really neat black one with red and white sheep!) as well as a couple other sweaters she made popular in the 1980’s.  We will also have other replica clothing items as well.  We have had numerous requests for the sheep sweater and if there are other items you are searching for please let us know!  We will do our best to locate them for you!

This unique out of print book gives one a guided tour of over 300 British shops and manufacturers who provide the Royal Family, by appointment, with everything from nightware to dog kennels to champagne.  Whether you would like to live like a Queen or dress like a princess this book shows you how.  For those of you interested in where Diana shopped – where she bought the red sheep sweater and other items – this book tells you.  Informative and largely forgotten book on Royal Shopping – included with photos throughout. 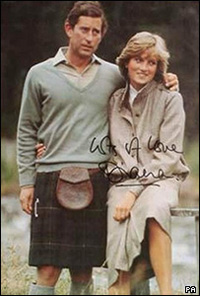 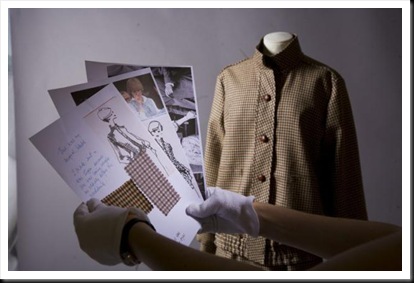 This tweed sports suit, worn for the famous photo shoot in the grounds of Balmoral, was made for Princess Diana’s honeymoon by designer Bill Pashley. Two copies were made and Diana chose the larger one as there was more room in the shoulders for shooting. The Princess of Wales asked Mr Pashley not to make the design for anyone else. He kept his word and stored the smaller unworn suit in a cupboard in his studio, only rediscovering it during a clean-out earlier this year. The designer generously donated the ensemble to Historic Royal Palaces. It is rare to find an informal outfit created for the Princess of Wales in a public collection: most are evening dresses.    UK Independent

Princess Diana’s Klondike Ensemble is a Pink/Peach Silk Period Dress and Hat in the style of 1880 worn by her during a Royal Tour to Canada in 1983. The dress is a form-fitting princess line gown of wild silk, with swagged overskirt ruched at sides and back to reveal a silk lace flounced underskirt and back train; the lace is repeated at the collar, bodice jabot and cuffs. The dress also contains interior bodice boning. The hat consists of cream petal straw trimmed with period velours au sabre silk ribbon, silk flowers and pearl sprigs. Both the dress and hat are currently in excellent condition. Princess Diana wore the dress and hat June 1983, in Edmonton, Alberta, Canada, at a Klondike period gala event. The event was part of the Prince and Princess’s Canadian Royal Tour of that year. In need of an appropriate gown for the occasion, she chose this one from a selection of period pieces brought to her at Kensington Palace by Oscar-winning costume designer John Bright, at whose studio, Cosprop, the dress was made. This dress, which Diana mischievously chose, was first worn by Francesca Annis in the 1978 mini-series “Lillie” (Lillie Langtry (“Lillie”), along with Prince Charles’s mistress Camilla Parker Bowles’s great-grandmother, Alice Keppel, had both been mistresses of Charles’s great-great grandfather Edward VII when he was Prince of Wales in the late 1800’s [98]).

Linda Mattock [77] had designed this dress as a “Langtry” dress, exemplifying the essence of Lillie’s style. Diana then had the Klondike dress personally fitted on her by Mr. Bright and he altered it to her measurements. Mr. Bright also designed and made the hat specifically for Diana to wear with the dress. After Princess Diana wore the dress and hat, John Bright stored them until they were sold in association with Bonham’s of London to Dr. Michael H. Smith for the benefit of MediCinema (a charitable organization that enhances the care of hospital patients by providing free film screenings to them and their families) [66]. The dress is currently on loan to Kensington Palace. The fairy-tale princess-like Klondike dress and hat is one of Diana’s most published ensembles, with pictures or articles of her wearing it appearing in over 100 publications, including books, newspapers, magazines, CD ROMs, web pages, postcards and videos.

We love the tartans at Braemar!  The Recent Games were just held on September 5, 2009.  Diana always had a wonderfully fashionable tartan outfit.  Here she is in the Caroline Charles outfit and the Glengarry Cap outfit. 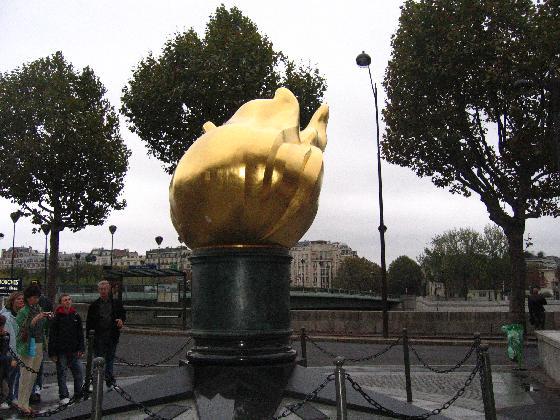 Last Tuesday was the 12th anniversary of the death of Princess Diana, following a car accident in the underground tunnel at Pont de L’Alma in Paris. Her death brought about an unprecedented outpouring of grief and anger directed at the British royal family for their treatment of her.

The famous British barrister Michael Mansfield, QC, who handled dozens of high-profile cases, from the Birmingham Six to Stephen Lawrence, has now said in his riveting new book, Memoirs of a Radical Lawyer, that he “cannot accept the idea that the Alma tunnel tragedy was an accident; they probably hope that it would be perceived as such”.

This is not the first time such claims have been made. Two years before her death, Diana had told Lord Mishcon, her solicitor, that “efforts would be made if not to get rid of her (be it a car accident with brake failure or whatever) at least to see that she was so injured or damaged as to be declared unbalanced”. Paul Burrell, Diana’s butler, also disclosed a note by Diana, which he maintained she wrote in 1996, saying “This particular phase in my life is the most dangerous — my husband is planning ‘an accident’ in my car. Brake failure and serious head injury in order to make the path clear for him to marry”.

Many saw this as an instance of paranoia on Diana’s part. Michael Mansfield, a wealthy man, who acted for Mohamed Al Fayed at the inquest into the deaths of Princess Diana and her lover Dodi Al Fayed in April 2008, pointed out that he took the case, not for money, but “out of interest and a real sympathy for Al Fayed who had been unceasingly and erroneously attacked for wanting to know what any grieving parent would want: why his child died”.

He said:”There are still unanswered questions regarding the tragic accident that took place in the Alma tunnel.”

He further pointed out that on April 7, 2008, the jury at the inquest came to the conclusion, not that it was a tragic accident, but returned a verdict of “unlawful killing by the drivers of both the Mercedes and the following vehicles”. The “following vehicles” referred to were not those of the paparazzi, as many thought, but other vehicles including the infamous white Fiat which apparently had no more than glancing contact with the Mercedes carrying Dodi and Diana, but also a dark car in front of the Princess’s car, which slowed it down, and also a large motorbike tailgating it. There had also been witnesses in the tunnel, Benoit Boura and Gaelle L’Hostis, who saw the Mercedes sandwiched between a dark blocking vehicle immediately in front, with which the Mercedes had collided before it hit the 13th pillar and skewed across the road, hitting the far wall of the tunnel, and a large motorcycle right behind. Neither vehicle was traced. Two other witnesses, Clifford Gooroovadoo and Olivier Partouche, who were on foot near the entrance to the tunnel, confirmed seeing both the dark car and the motorcycle, but Partouche also thought he saw flashes of light before the vehicles disappeared into the underpass.

In days of yore, it was customary to read a fairy story to children at bedtime. Rapunzel and Rumpelstiltskin spring to mind. Both of the heroines in the stories were locked in isolation in towers. They, of course, had happy endings, being rescued by handsome princes.

A couple of television documentaries last week covered Diana’s life and I was shocked all over again by how callously this young girl was treated by the House of Windsor.

In 1980, Prince Charles, having played the field for a number of years, was in his 30s and under pressure to marry and produce an heir and a spare.

He had dated Sabrina Guinness, Susan George, Helga Wagner, Lucia Santa Cruz, the daughter of the Chilean Ambassador, reputed to have introduced him to Camilla Shand — later Parker Bowles — in 1971 and countless others. He missed the boat first time around with Camilla in the Seventies, as he went off to sea and she married someone else. It was rumoured too that his Mama did not think she was suitable. The family and the establishment had a good look around for a suitable bride, who had to be a virgin. They came up with the young and innocent Diana Spencer, 19-year-old younger sister of Lady Sarah Spencer, whom he had also dated.

In their engagement interview, when asked if they were in love, Diana said coyly, from under her fringe, “of course”, while Charles said “whatever that is”. Diana was already aware of Camilla just before the wedding, and nearly called it off. Coming down the aisle with Prince Charles after their marriage she looked like a creamy innocent fawn, so young, so inexperienced, it was heartbreaking.

Trouble started on the honeymoon, when it was clear Charles was still in touch with Camilla but pettiness really set in when they were doing walkabouts on a royal tour of Australia. People wanted to see Diana up close rather than her prince.

Diana said Charles resumed his relationship with Camilla Parker Bowles in 1983, and she received little sympathy with her post-natal depression after the birth of her two boys. She had produced the heir and the spare. Diana didn’t realise that she was supposed to do like other royal brides before her, Queen Alexandra, for example, and turn a blind eye to her husband’s philandering. Windsor spokespersons began to refer to her as unstable. She herself referred very openly to her post natal depression in later interviews .

In some of the footage shown last week from the Eighties, Diana was shockingly skeletal. Is it any wonder? She was absolutely isolated by the Windsors. She said her post would go missing. She said she was watched all the time. But she also admitted to being bulimic. When the separation eventually came, she was sent to live in splendid isolation in Kensington Palace.

Diana collaborated in 1992 with Andrew Morton in a ‘tell all’ book. This was an absolutely sensational thing for a royal

to do, but she was maturing and fighting back. You could see it in her face as the years went on. Divorce ensued, and both gave sensational interviews. The Palace seemed petty as they stripped the mother of the future King of her HRH title. By 1997, the inexperienced and gauche young girl had turned into a sexy superstar and a continual thorn in the side of the Windsors. She was looking for a meaningful role on the world stage for herself, and campaigned against landmines, making a highly publicised visit to Angola in January 1997.

She was described in some quarters as being a “loose cannon” and interfering in political affairs.

Diana always said she was never going to go quietly, there wasn’t a lot of coverage on mainstream British television of the anniversary, but Michael Mansfield is keeping her torch alight.  The Irish Independent