Princess Diana was well known for her athletic prowess.  Here she is in an early, undated photo, skiing long before whe was married.  We will have more rare, athletic photos of her coming soon!  Plus, an update soon on rare collectibles we are finding! 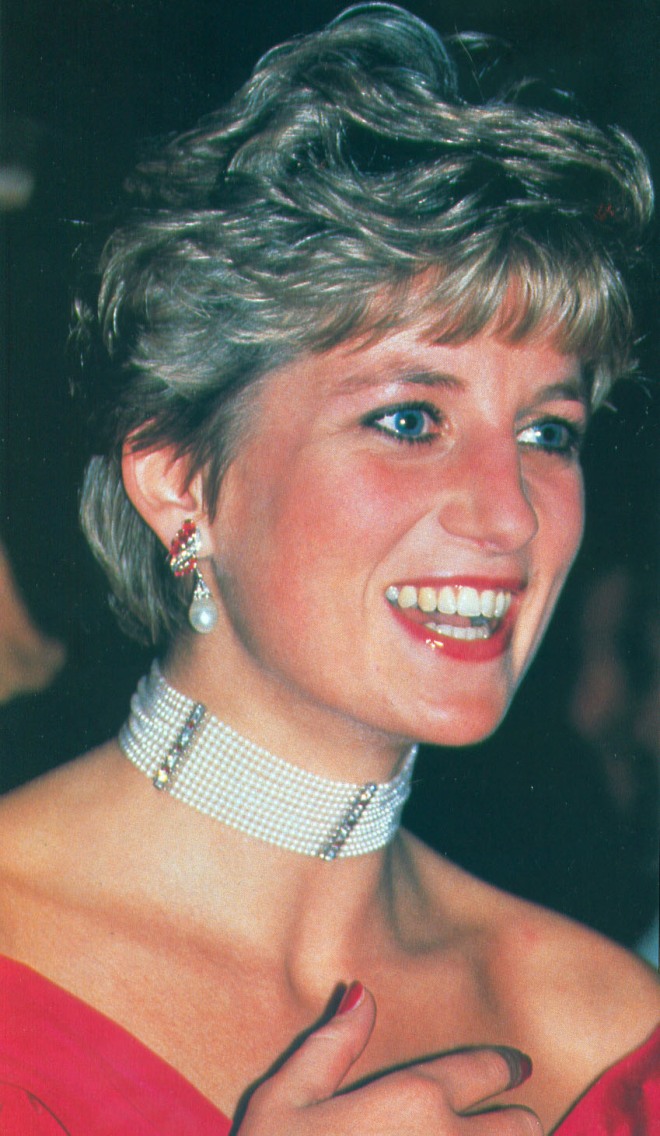 From time to time we are going to post some information and photos on various pieces of Diana’s jewellry.  She had many pieces, some that were costume jewellry and others gifted from Prince Charles, HM The Queen, The Queen Mother and others.  She also had access to the Spencer family heirlooms many of which went on tour a few years ago in Diana, The Celebration.  Let us know what you think and if there are pieces you would like to see or know more about as we have tried through the years to research various pieces.  Enjoy! 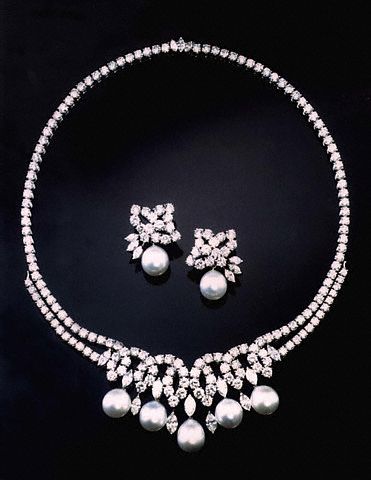 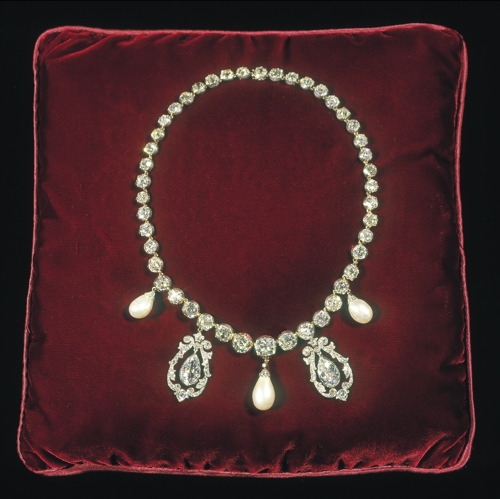 It is hard to think of Althorp without immediately connecting this beautiful Northamptonshire estate with Diana, Princess of Wales; whether it be her hunted life, her tragic death or the emotional time when crowds watched her funeral cortege winding through the gates to carry her body to a final resting place.

But there was a time before Diana.

And today marks the launch of a new exhibition entitled The Spencers at Althorp: 500 years of family history, which includes a display of historic images and artefacts highlighting some of the most influential people in the house’s past.

The exhibition of eight display pods – each focusing on a different member of the Spencer family – was put together by project managers Anne Fletcher and Oriel Wilson.

Earl Spencer said: “It was difficult to know where to start, but we wanted to bring the house alive with the people who have passed through here.

“Getting it down to eight people was complicated as hundreds of people have lived here over the 500 years.

“But you have people like the first Duchess of Marlborough, who was incredibly important.

By leaving her personal wealth to my family she took us from being rich farmers to wealthy, important people.

“Then there is Georgiana, Duchess of Devonshire. There is about to be a big film coming out about her and we thought people would be able to connect with that in a straightforward way.”

The final display in the saloon area of the house brings the story of the Spencers up to date, with a family album displayed to the public for the first time.

It includes photographs of the present Earl Spencer as a boy at Althorp, together with his sisters.

Earl Spencer said: “My job for the future of Althorp is to keep it going and make sure it is in good condition.

“There is a lot of work to do to the house and it has great maintenance needs, but it has to be somewhere my family wants to come to, as a family home and not just historical rooms.

“By bringing alive some of my ancestors in this way, I hope that our visitors will get a better understanding of how their personal tastes, activities and interests have made this wonderful house what it is today and will be able to see the central role they have played in shaping our history.”

The exhibition can be seen throughout this summer season at Althorp, which runs until August 30. For more information log onto www.althorp.com

A lock of Nelson’s hair
This lock of Horatio Nelson’s hair is displayed as part of the exhibition relating to George John, the second Earl Spencer who had been First Lord of Admiralty in 1794.

As an influential man, George John had promoted Nelson to take command of the English fleet.

When Admiral Lord Nelson lost his life at the 1805 Battle of Trafalgar, a lock of his hair was sent to the Spencer family.

George John, who lived between 1758 and 1834, is also well known because of his obsession with collecting rare books.

During his lifetime he turned eight rooms at Althorp into a library of 43,000 books. His habit nearly bankrupted the family and eventually they had to sell the London boroughs of Wandsworth, Battersea and Putney to pay the debts.

Marie Antoinette’s chocolate set
Included in the exhibition section relating to Georgiana Spencer, Duchess of Devonshire, is a set of dainty cups and plates which once belonged to Marie Antoinette.

Georgiana (1757-1806), who is to be played by actress Keira Knightley in a film to be released this year, was notorious for gambling and ran up enormous debts.

She also had a series of affairs and, when she fell pregnant, she was sent to France to have the child secretly.

While there, she became friends with queen Marie Antoinette, who presented her with a chocolate set.

Family photo album
An album of photos, depicting the current Earl Spencer with his sisters Diana, Jane and Sarah, is also on display as part of the exhibition.

These never before seen photographs show this generation of Spencers during their childhood at Althorp between 1964 and 1969.

They were taken by the 8th Earl Spencer, their father, who was known to be a talented photographer.

Sedan chair, used by Georgiana, the first Countess Spencer
This chair, which dates from 1760, was once used by Georgiana to travel around London while staying at the family’s home in London, Spencer House.

Georgiana and the first Earl Spencer John married secretly in the Oak bedroom at Althorp.

As a love token to his wife, and to demonstrate his importance, he built Spencer House, which is still owned by the family today.  NorthHampton Chronicle and Echo – UK

10 CARD SET OF ALTHORP WITH CASE 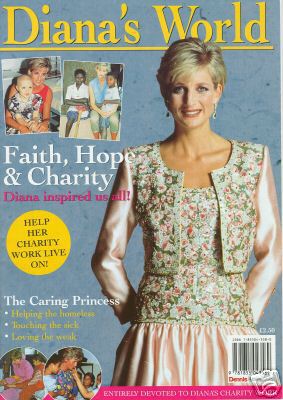 The Diana, Princess of Wales Memorial Fund is today delighted to announce the launch of its new learning and evaluation framework.

The Fund has developed its learning and evaluation framework to capture and share learning with other funders and organisations. In continuing its support and guidance to the sector, the Fund will host interactive events and talks, commission research and publish findings aimed at leaving a lasting legacy of social change.

“It is with great pleasure that this new focus of our work is launched today. In continuing the humanitarian work of Diana, Princess of Wales, we want to have a lasting impact on the lives of the most vulnerable and marginalised. With the right focus, evaluation can challenge and change existing practice and, in turn, ensure that the Diana, Princess of Wales Memorial Fund’s grants totalling £100 million over 11 years to 350 organisations continues to provide lasting improvements for some of the world’s most disadvantaged individuals.”

A housewalk in northwest suburban Inverness on Friday is co-sponsored by Honquest Furniture in Barrington, which is presenting a new furniture line that includes replicas of antiques at Althorp, the 500-year-old Spencer family home in England. Eighteen generations of the Spencer family have resided in the 90-room mansion, which is loaded with vintage paintings, furniture, china, and sculpture.

Charles, the 9th Earl Spencer, was recently in a furniture store in Tampa, Fla., in a promotion for Althorp furniture.

“When we were children, visiting our grandfather at Althorp, they were just [furniture] pieces,” said Spencer about the heirlooms amassed by 18 generations before him. “We weren’t allowed to touch them,” he told the Tampa Tribune.

“I’ve relaxed the rules. I’ve got six kids — which I don’t think is bad as a Protestant — and they have the run of the home.”

That policy led to one accident at the mansion. Years ago, his daughter, Kitty, now 17, dropped a tobacco box that had belonged to Admiral Lord Nelson, the Napoleonic war hero who died in 1805.

Spencer’s sister was the late Princess Diana, who was killed in an automobile accident in 1997. His appearance at the Tampa store included one strict rule: no questions about Diana. Diana’s image doesn’t appear on any of the Althorp furniture promotional brochures.

Charles became the Ninth Earl in 1992, and he considers himself merely the caretaker of Althorp.

“Ask any of the occupants of Britain’s great country houses what their greatest challenge is and they will — early on — touch on the responsibility they feel for preserving their heritage,” says Spencer in promotional material for Althorp Furniture. “But first and foremost, Althorp isn’t a museum, it’s still a home,” he said. The home is open for touring at times.

“In common with the majority of those entrusted with such duties, I view my role primarily as custodian rather than owner,” said the 40-year-old Spencer. “I would be proud if, in my final days, I felt I was handing Althorp on to my heir in a better state than in which I had inherited it,” be said.

Another famous Spencer was Lady Georgiana Spencer, who is the subject of a new movie, “The Duchess,” starring Keira Knightley.   Sun Times – Chicago.