April 29, 1987: Diana, Princess of Wales comes aboard the QEII off Cowes to join 400 schoolchildren who had embarked in Southampton.

A fly-past by the Concorde and RAF Harrier jets salute the QE2 as everyone aboard watches. 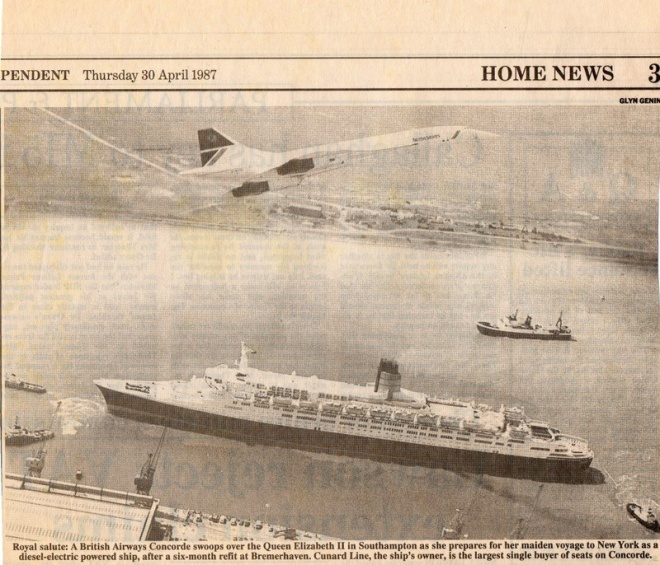 Following her annual overhaul in November 1983, the QEII developed boiler problems which resulted in the cancellation of a cruise. In October 1984 an electrical fire caused a complete loss of power and delayed the QE2 for two days. On her return to Southampton, it was decided that diesel engines would have to be fitted to the ship in order to increase efficiency. This, the largest maritime conversion at the time, was done by Lloyd Werft at Bremerhaven Germany and was expected to save Cunard £12 million a year in fuel costs. The work meant that the ship was out of service from November 1986 to April 1987. QEII then underwent trials in the North Sea, where a top speed of 34 knots was recorded. The ship returned to commercial service in April 1987. The ship’s farewell celebration was in October 2008.

With new machinery, new interiors and a new funnel (a fatter version of the original designed to house the nine new diesel exhaust pipes), QE2 looked better then ever and certainly was more fuel efficient. A part of the relaunch daily programme of the day is below. 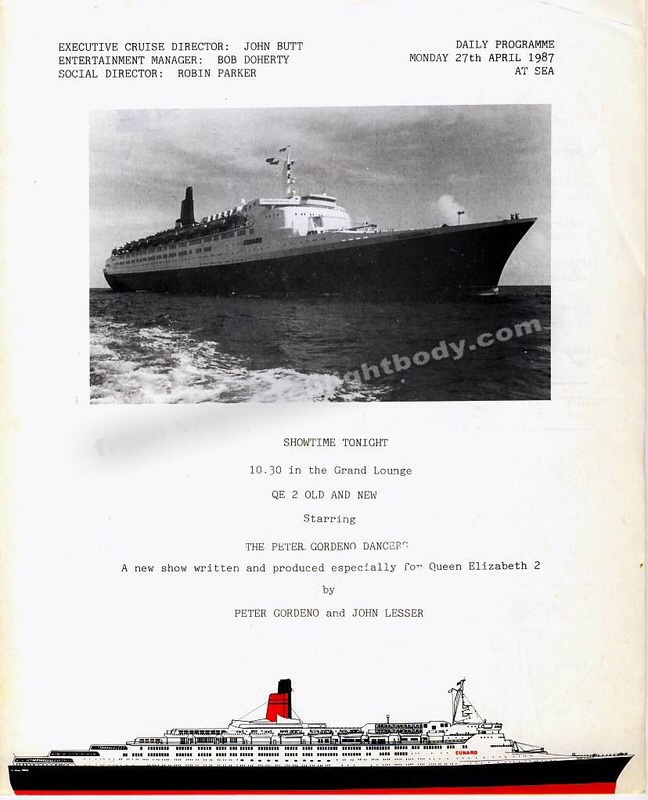 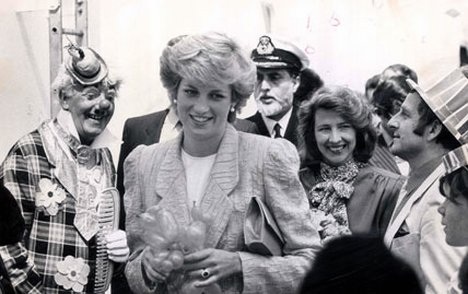 The Princess of Fun aboard the relaunch party for children on the QEII, April 29, 1987.  She spent several hours onboard and met many of the ship’s 1000 strong crew.  3000 red, white and blue balloons were released from the ship’s stern as she watched with her young admirers, including some clowns. 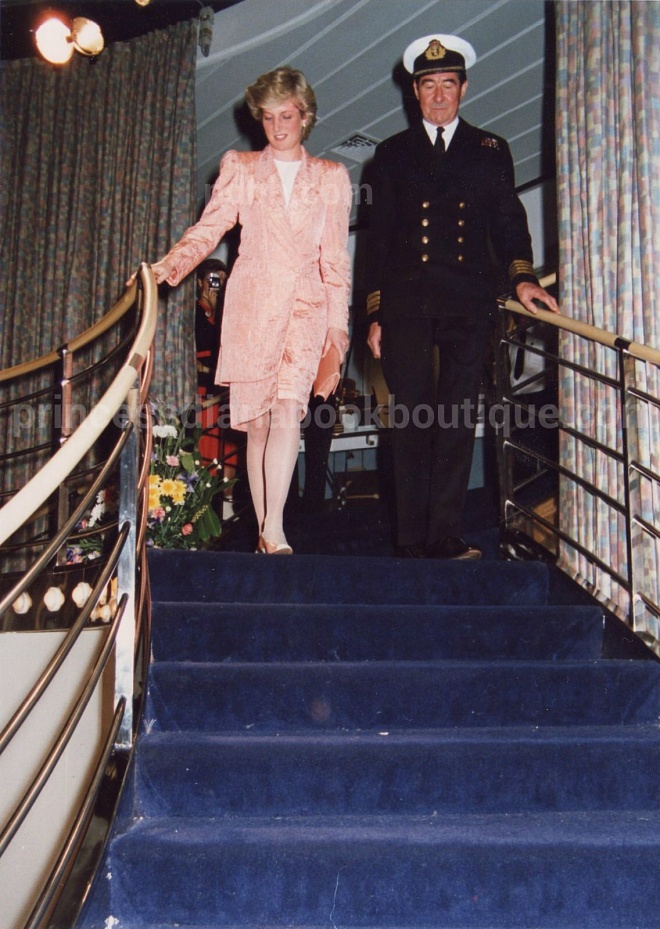