A Catherine Walker couture beaded blue-grey Taroni silk cocktail dress, similar to the one worn by Princess Diana in 1997, labelled, beaded and embroidered in high relief with roses and scattered petals in silver threads, the motifs at the bodice edge further encrusted with diamanté, bust 86cm, 34in Princess Diana wore a similar cocktail dress to a London gala preview for the auction of her dresses, 2nd June, 1997.

The designer – the late Catherine Walker – described her approach ‘I always try to give my embroidery a three-dimensional quality not only by tilting the image in perspective, but also with the texture itself. Here the bugle beads and diamanté are so dense that they rise from the surface of the fabric like floret’s made of sugar’. Very few of these dresses were produced. Although part of the main collection, Mr Said Cyrus Ismail of Catherine Walker recalls that there may have been just two. The dress goes to auction on 18 June 2018 at Kerry Taylor Auction House in London. 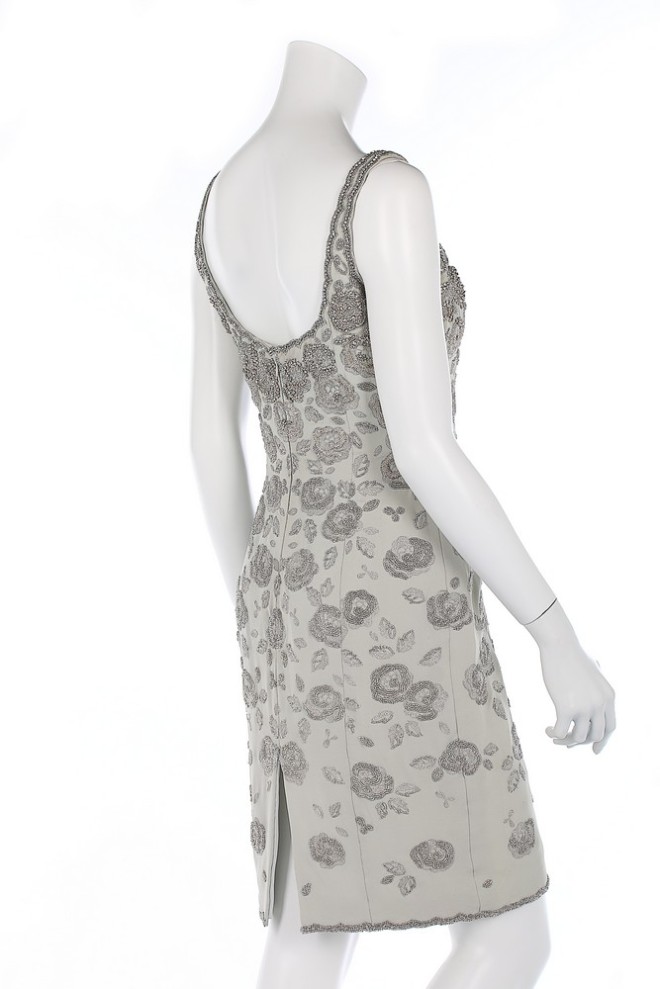 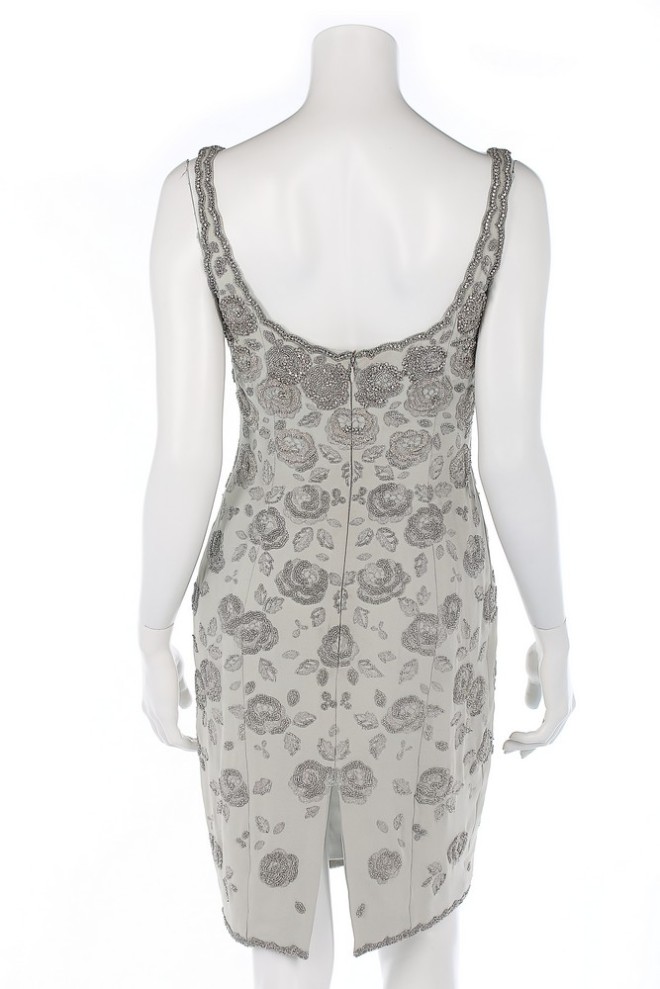 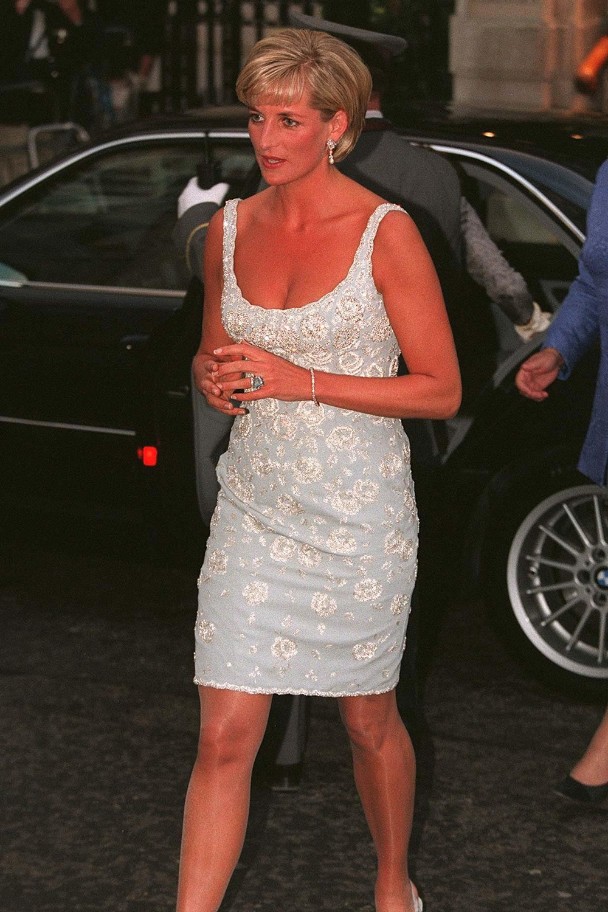