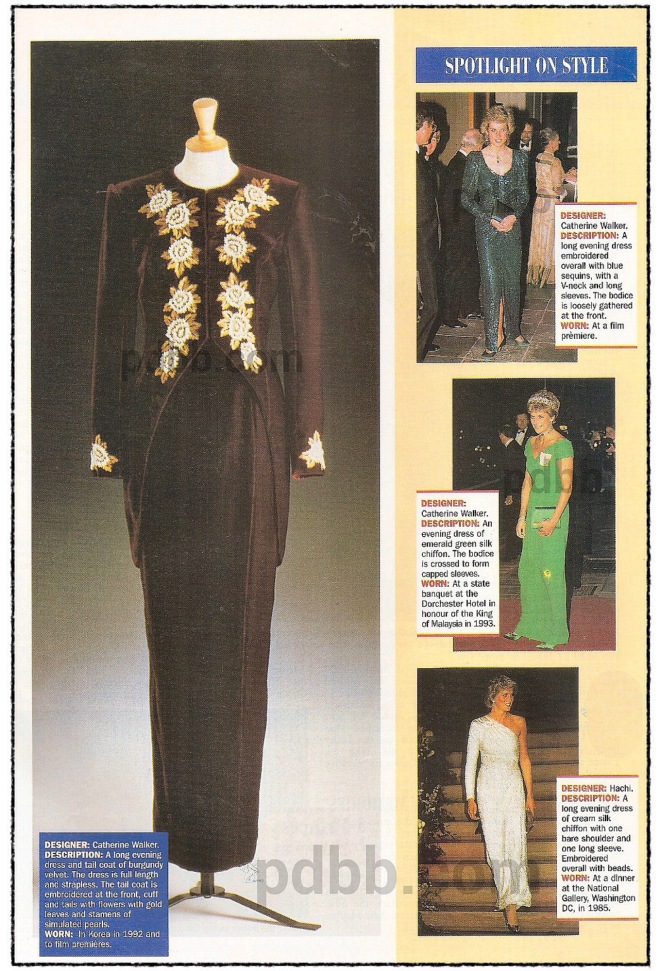 An iconic bottle green velvet evening dress worn by Princess Diana is set to become one of the stars of new fashion exhibition at Kensington Palace.

The late princess wore the distinctive sleeveless gown by one of her favourite designers, Catherine Walker, for a photoshoot with Mario Testino.

The striking series of images was commissioned to support the sale of the princess’s dresses at Christies for charity in June 1997, just weeks before her untimely death.

Next month it will go on show at the royal palace she once called home and is now lived in by her sons, Princes William and Harry.

The striking Catherine Walker gown, above, with gold rope braid trim at neckline and shoulder worn by Princess Diana will be on display. 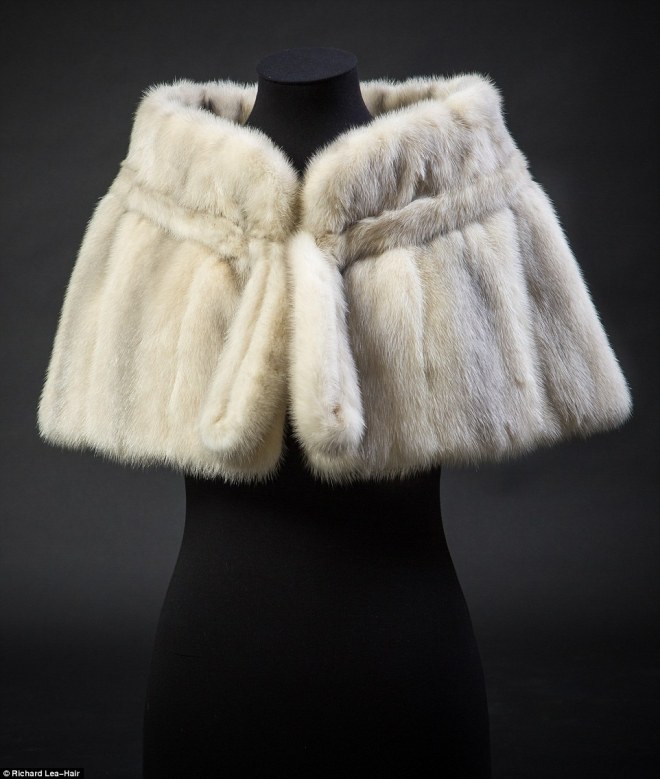 A Norman Rugal fur stole, above, created for Princess Margaret in the 1950’s will ve on display as well.

From the ‘New Look’ glamour of Princess Margaret in the 1950s, the elegance of HM The Queen in the 1960s and 1970s, and the tailored drama of outfits created for Diana, Princess of Wales in the early 1990s, the display will continue to explore how these women navigated the fashion ‘rules’ defined by their royal duties in unique style.

As the Queen’s younger sister, Princess Margaret experimented with fashion, and in the 1950s patronised the Paris couturiers to create a distinctive high-glamour silhouette.

Being among the first to embrace Christian Dior’s full skirted New Look – in stark contrast to the frugal fashions of post-war rationing – the princess’s bold outfit choices were imitated the world over. 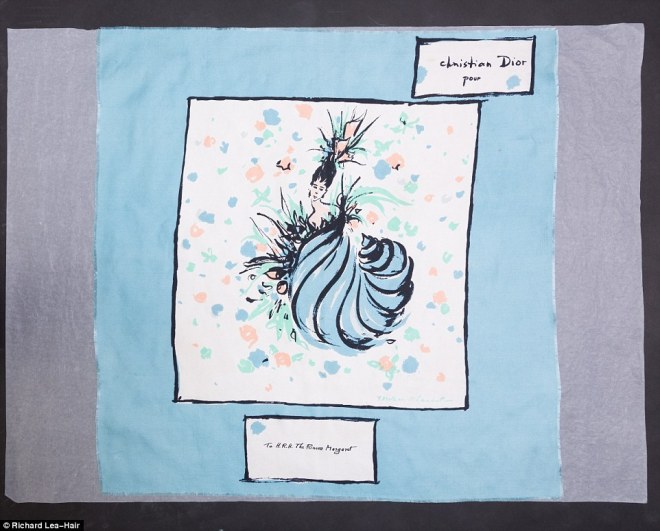 An exquisite late 1940s candy striped dress created for Margaret by royal couturier Norman Hartnell in the Paris style will go on display at Kensington Palace for the first time, alongside silk scarves and sunglasses, below, worn by Princess Margaret,

from designers such as Yves Saint Laurent and Christian Dior, revealing the discerning eye for quality and high fashion considerations of this thoroughly modern princess. 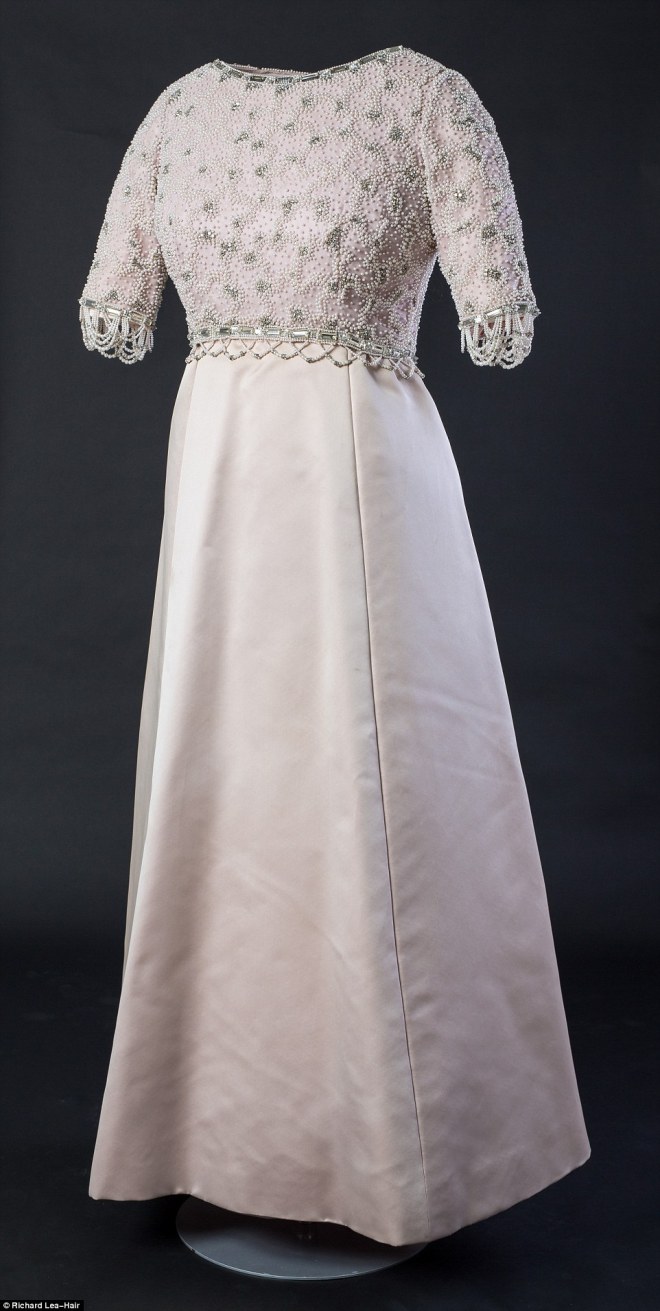 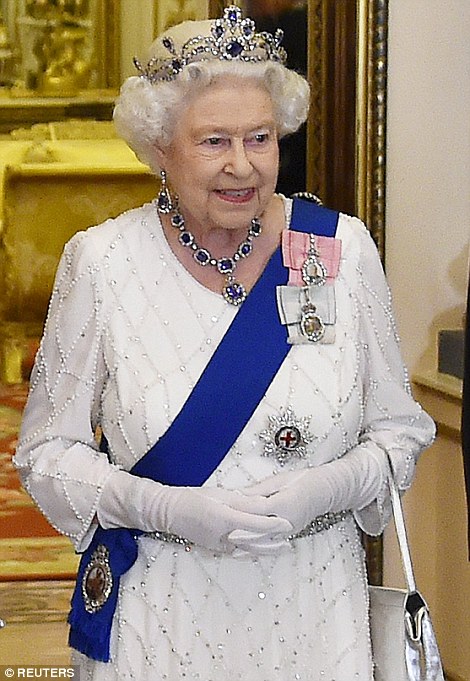 By contrast, the richly decorated wardrobe created for The Queen, above, in the 1960s and 1970s by stalwarts of British couture such as Norman Hartnell and Hardy Amies showcase a continuing royal trend of diplomatic dressing, rendered elegantly across the finest silks, duchesse satins and patterned organza suitable for even the warmest of foreign tours.

The stunning outfits on display include formal dresses created for state visits to France and the Middle East, and for engagements as diverse as an investiture in Pakistan and a world film premiere in London’s Leicester Square. 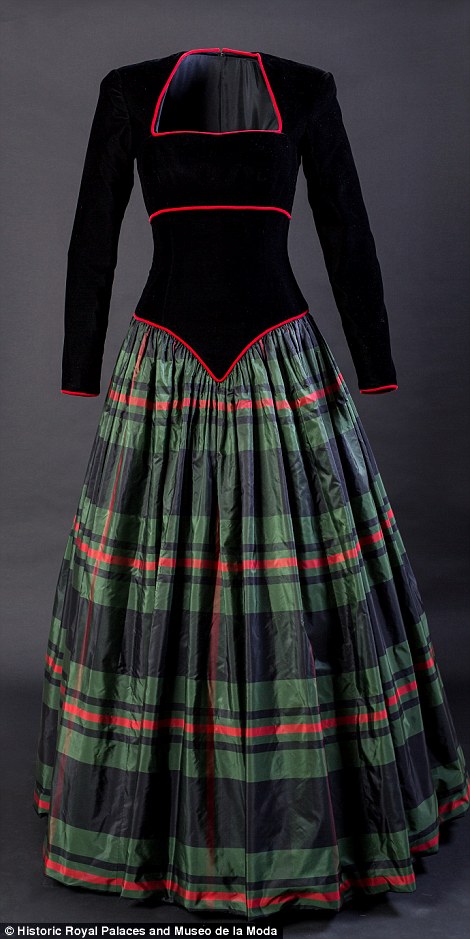 From a much-copied tartan and black velvet evening gown designed for an evening of Scottish dancing at Balmoral, to the double-breasted styling of a bottle green silk velvet halterneck worn privately by the princess – and later made famous by Mario Testino’s iconic photographs commissioned to support the sale of her dresses at Christies –the display will explore how Diana’s wardrobe had the power to set trends both at home and abroad, and represented a truly modern royal style. 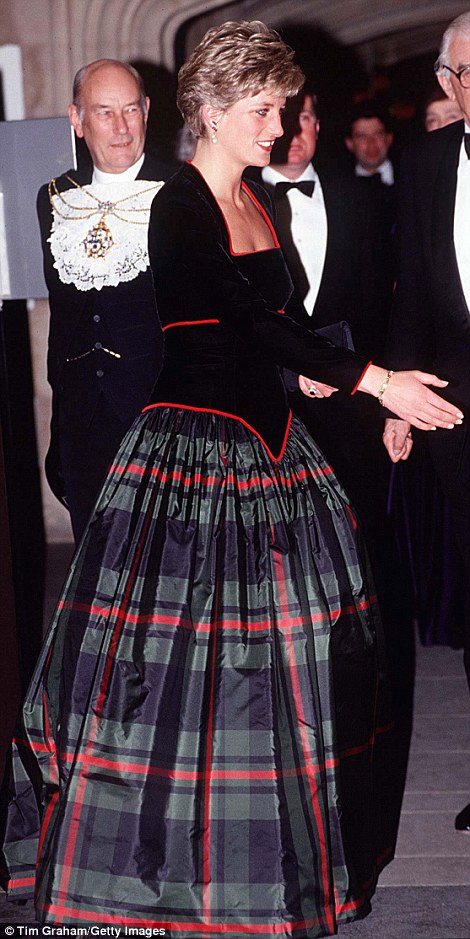 The dresses on show have either been lent by the Royal Family or acquired by HRP, the independent charity that looks after the country’s major royal residences.

Most of these palaces are owned by The Queen on behalf of the nation and are managed by HRP, which relies on private funding and the most raised by visitors. The forthcoming fashion exhibition, which opens on February 11, is sponsored by Estée Lauder Companies.

Libby Thompson, Historic Royal Palaces curator, said: ‘Fashion Rules has proved popular with our visitors, and we’re delighted to be able to expand on this theme to celebrate the style evolution of three iconic modern royal women. The new display will delve even deeper into the royal wardrobe, revealing some real surprises that I hope will challenge the way we think of royal style.’
Rebecca English for http://www.dailymail.co.uk
For further details on the exhibit: http://www.hrp.org.uk. 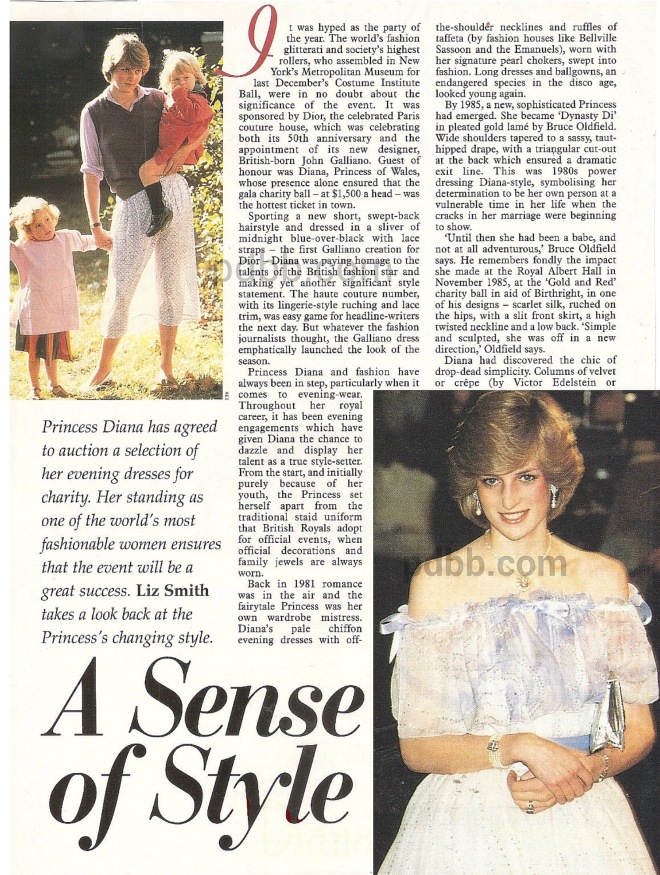 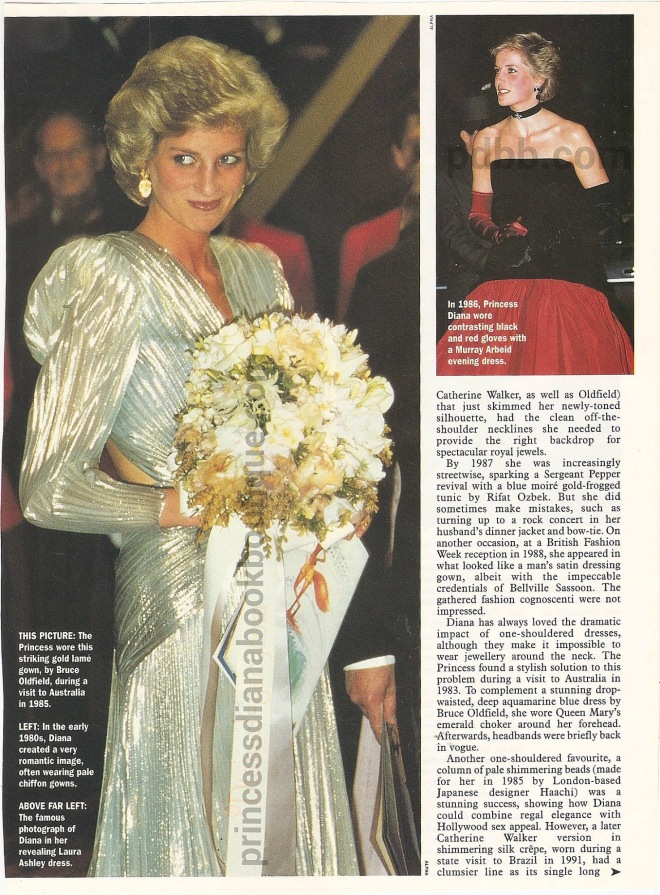