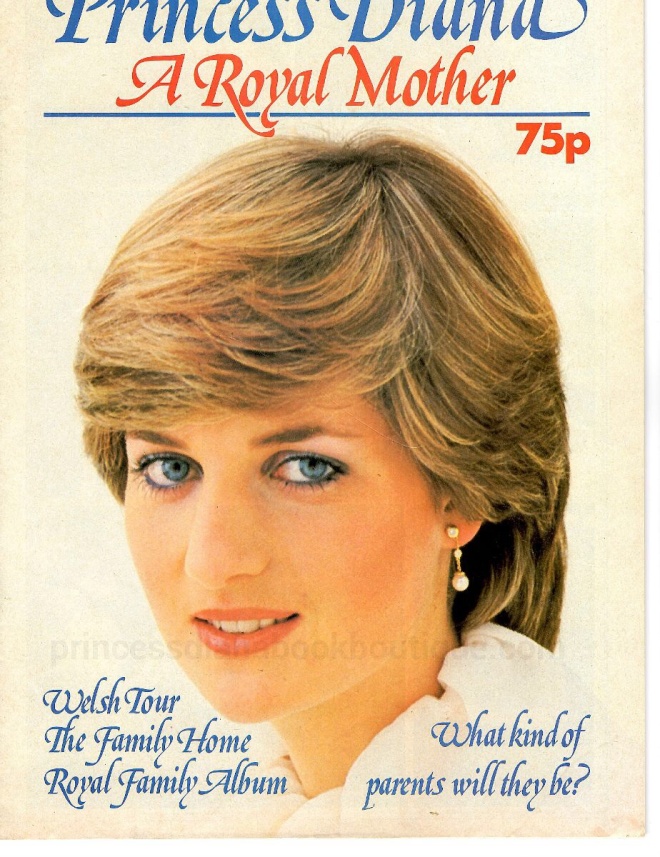 SOME CRITICS PAN PORTRAIT OF THE PRINCESS
January 25, 1984

LONDON (AP) – A full-length oil painting of Princess Diana has been unveiled lo mixed reviews, Tlic princess says she likes it but one art critic calls it “the pits.” The six-foot portrait by Australian-born artist June Mendoza was unveiled Tuesday night during a ceremony at the bancjuet hall of the Wor- /ihipful Company’ of Grocers, one of the historic merchant guilds in London’s financial quarter.

Diana, who attended, told the artist afterwards: “I like it very much.” Many others agreed. But some professionals from the London art, world assailed the portrait, which shows a romantic-looking, serious- faced Diana wearing a deep pink satin ball gown with a matching luce chemise top and diamond and pearl earrings.

“It’s the pits, It’s appalling,” said Brian Sewell, art critic of The Tatler, a magazine that specializes in keeping socialites up to dale on new trends. He said she looked so thin in the portrait that she appeared to he ill. Sir Hugh Casson, president of the Royal Academy of Arts, told reporters: “I don’t tike using the word superficial, but something is lacking in this picture… It catches the princess’s fine-boned charm but not, I think, her splendid strength of character.” However, Michael Noakes, a member of the Royal Society of Portrait Painters, said: “It’s a very accomplished, professional painting. It seems to me a little hard that if you paint a pretty woman you can then be accused of painting a rather sentimental picture.”

The artist, who has also painted Diana’s husband Prince Charles, Queen Elizabeth II, and other members of the royal family, is the only woman member of the Royal Society of Portrait Painters. “Necessarily, it is a formal painting,” she said. “Now I would like the chance to paint the princess in an informal setting. I would love the freedom it would give me.” The portrait was painted during six sittings at Kensington Palace, the London home of Diana and her husband. The picture was commissioned by the Worshipful Company of Grocers to mark last year’s ceremony when the princess was granted the freedom of the company, an honorary distinction awarded as a mark of esteem.

The picture was hung in the company’s banquet hall alongside portraits of King Charles II, King William III and King George III. The merchant guilds, whose members consist largely of prominent businessmen, are descended from medieval trade guilds. 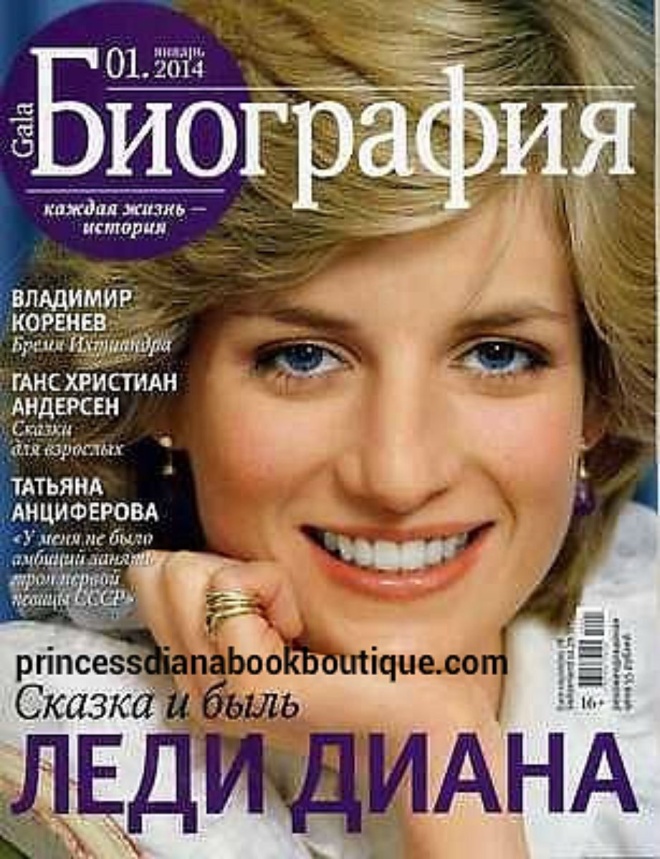 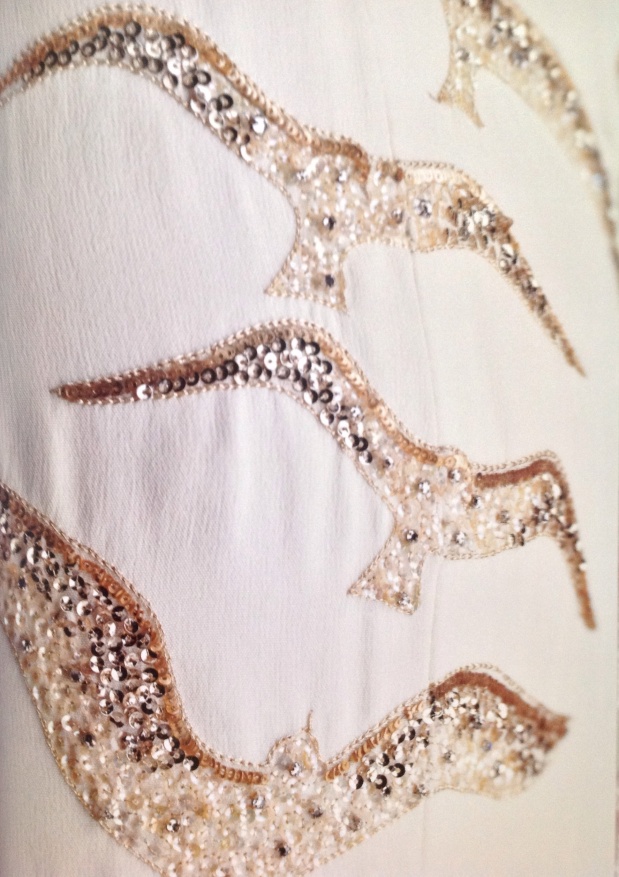 Pat Kerr of Memphis, Tenn., an internationally noted designer of exquisite and expensive bridal gowns, on her travels to London over the past 20 years had met Princess Diana several times. It’s no wonder it was very important for Kerr to buy some of the late princess’s famous gowns during their auction for charity at Christie’s. 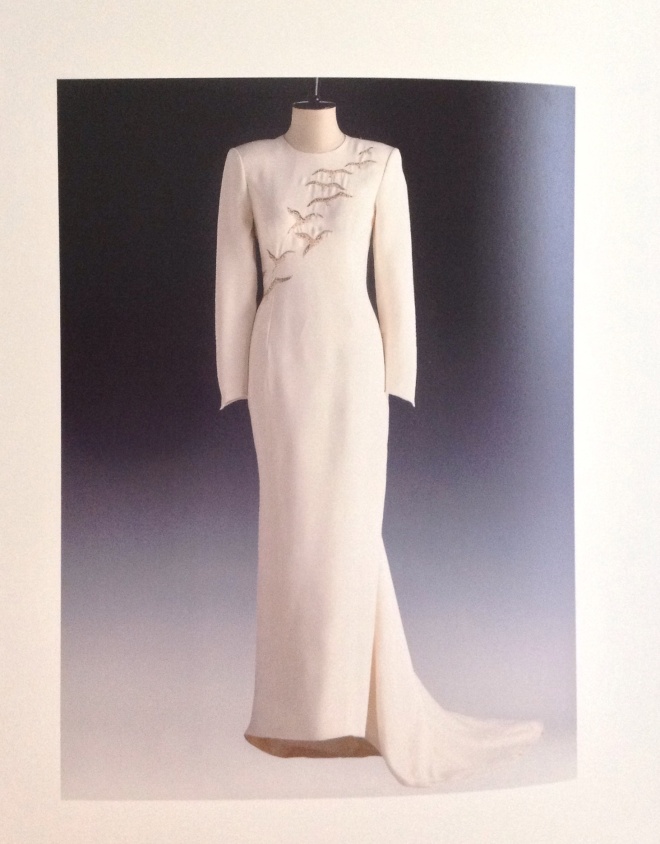 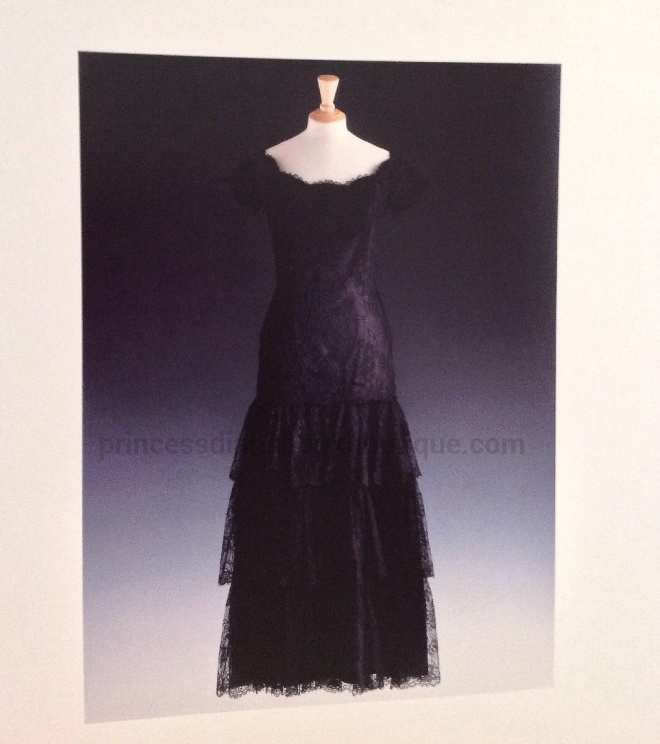 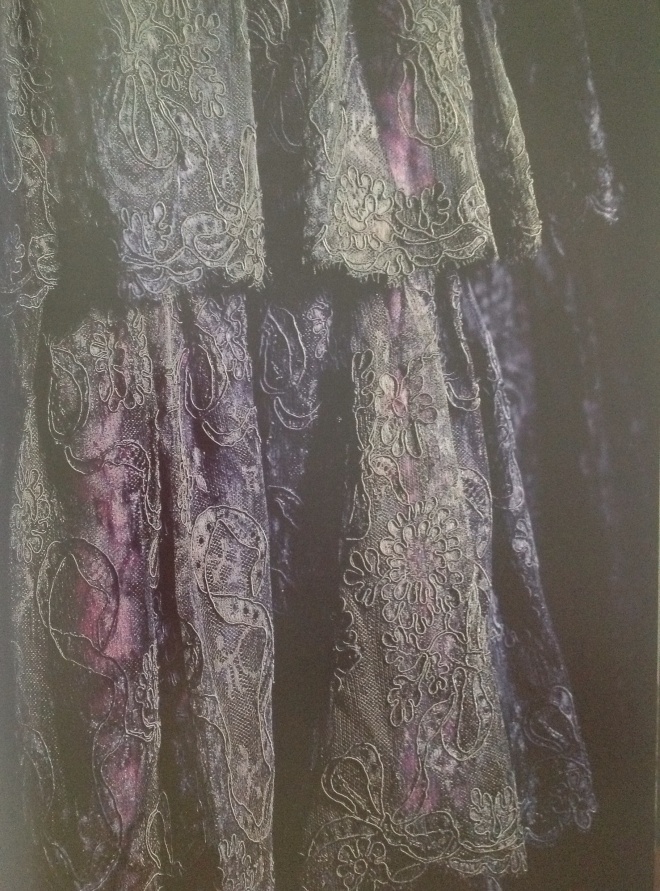 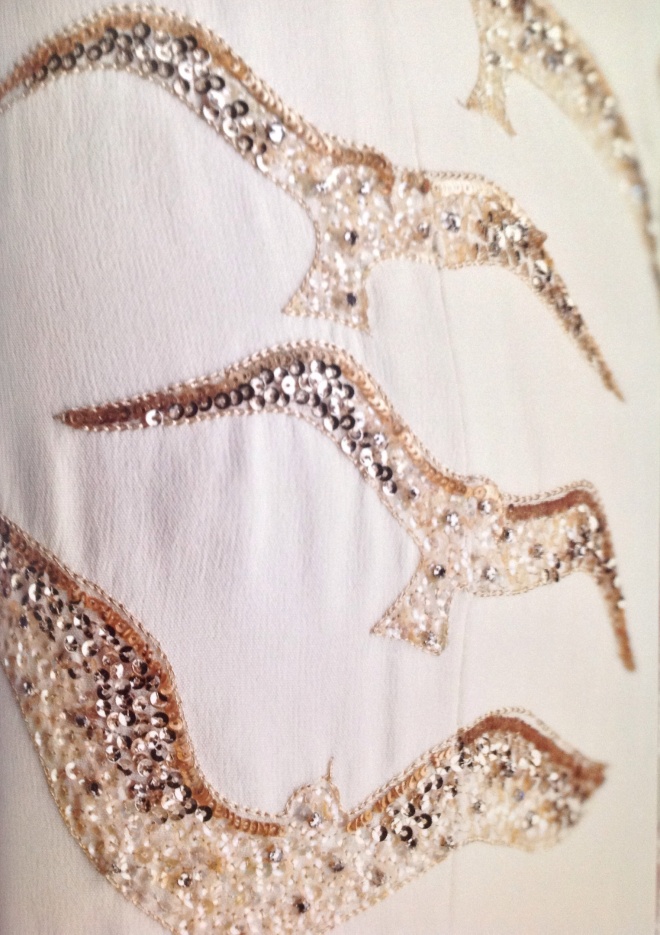 Kerr owns four of Princess Diana’s gowns, which she claims she “will never sell, nor will anyone ever try them on.” They’ll never leave the private collection she has been accumulating for the past 30 years. “I’m looking at having these dressesin a museum so that people can look at them 100 years from now.”

She said she’s never purchased so many contemporary gowns before as she did at the auction held at Christie’s. “I have major pieces from Queen Victoria, Queen Alexandra, the Duke of Wellington and Queen Mary as well as the Duke and Duchess of Wellington.”

At an interview in a suite in the plush Carlyle Hotel in uptown Manhattan, Kerr recently had informal showings of her newest bridal and couture clothing designs. Her bridal creations are dubbed “the Rolls-Royce of bridal wear.”

Kerr is one the few international designers to be sole owner of a high-fashion business based in the United States using American artisans and labor. Her design studio, workshops and factory are all in Memphis, where she lives with her husband, John Tigrett, an international financier and financial consultant. Kerr’s avid interest in rare laces and royal memorabilia, some dating to the 17th century, has resulted in a priceless collection she’ll someday install in a museum. It’s in storage at present, said Kerr, who is most often referred to as “the lace queen.”

Kerr talked about her latest collection of designs, about her meetings with the Princess of Wales and her new historic treasures. “It’s funny how I got there,” she said of the auction. “I ordered the catalog because I’m a collector. A friend from Christie’s called me and asked why my name wasn’t on the lottery.”

She ended up with four priceless gowns.

One is a romantic Victorian revival dinner dress of black velvet trimmed with lace at the neckline and cuffs which had a price tag of $31,000.

Another is a ballerina-length strapless dress of midnight blue silk tulle with a dropped waistline and bodice draped with vertical pleating and embroidered with diamante brilliants. The dress was made to be worn at a private dinner given by former King Constantine of the Hellenes in 1986 at Claridge’s. Princess Di also wore the dress at the Royal Opera House and Covent Garden in 1987, and again in Paris in 1988. At $48,000 this dress was the costliest of the four Kerr purchased.

A Goya-esque Spanish dancer-inspired dress of black silk lace layered over deep magenta silk, which was worn for an official visit in Germany in 1987, was purchased for $22,000. The fourth, a formal dinner dress of cream silk embroidered with a flight of gold and silver sequinned falcons on the bodice and train, sold for $31,000. It was worn on an official visit to Saudi Arabia.

Kerr noted that Princess Diana gave the public two great ceremonies in her life — her wedding day and her funeral.

“She influenced my business remarkably with her wedding in 1981 because that was about the time I was just getting started in the early ’80s. People around the world were watching the wedding, especially girls who were influenced and impressed by her bigger-than-life bridal gown — even young women who are getting married today.” 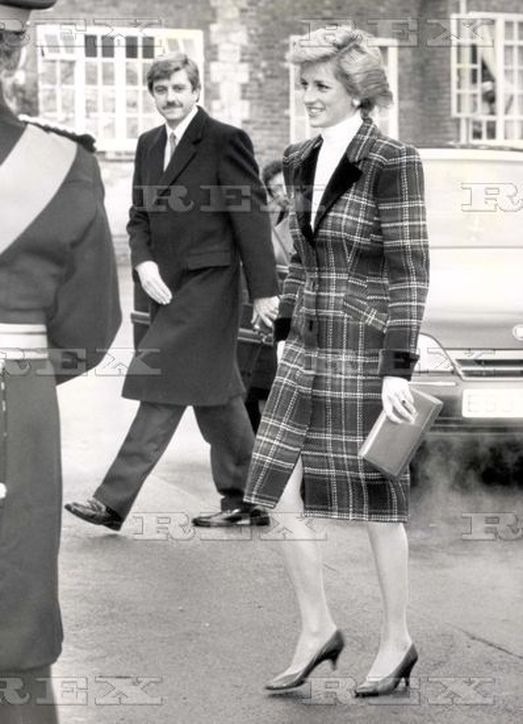 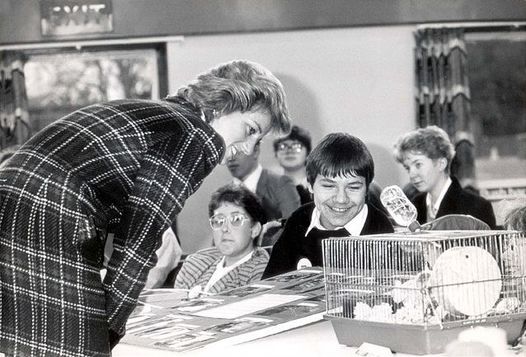 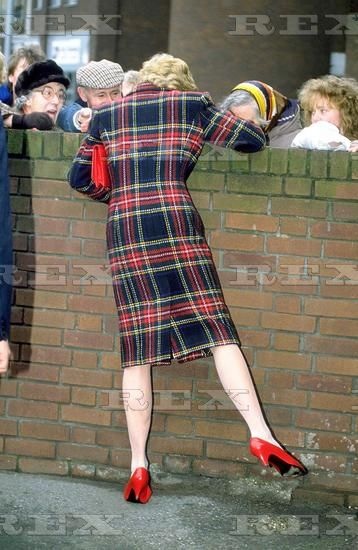 Princess Diana attends the movie premiere of ‘Postcards from the Edge’ at the Odeon Leicester Square. The Princess of Wales wears black in respect for the death of the King of Norway on 17 January 1991.

HER BLACK VELVET STRAPLESS GOWN IS BY VICTOR EDELSTEIN. 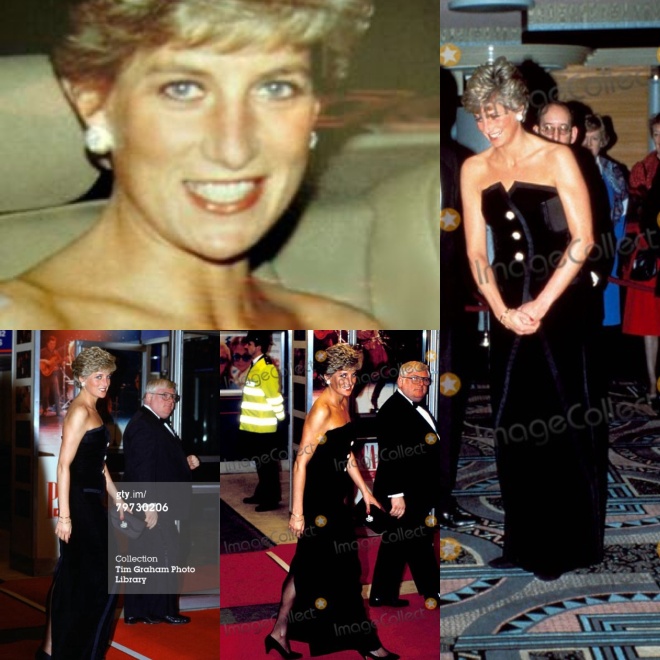